It is interesting how being a humble artist and expressing my views about what is happening in the world can lead one into other areas.  I seem to have become an independent advocate for refugees. There needs to be more of us because the refugee crisis has to be resolved soon and humanely. At the moment the situations under which refugees are existing is deplorable.

We should all be concerned by what is taking place across the planet.  There is the major war between Ukraine and Russia, but there are also many smaller forgotten wars that are having a dreadful impact on peoples’ lives. Added to this, we have governments that are leaning heavily towards right wing extremism, another form of  racism and oppression.

When one examines the finer details of the European chaos, it is clear that NATO has been moving closer to Russian borders in a threatening manner. This does not justify war, but war could have been averted had Ukraine made the decision not to join NATO and instead to remain neutral. Now innocent people are paying the price.

I was shocked when I heard that Ukrainians were able to jump the refugee queue  and Afghans were to be left behind.  Yet again, the powerful nations have abrogated their responsibilities.  This is blatant white supremacist policy, but no one is willing to call it out.   Of course we should help Ukrainians, but while the country’s citizens are being transported out of danger, more weapons are moving in and more destruction is occurring.  These wars are not about lands or people anymore they are about making billions of dollars for arms manufacturers.  The result is clear in the images that cross our screens daily.

Images from the refugee camps!

Bangladesh. Police attempt to stop people leaving the camp to shop for food  at the market… Picture Anon. 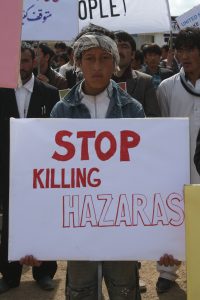 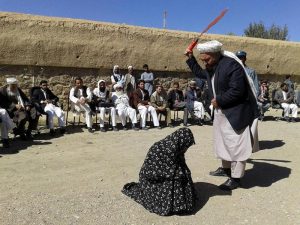