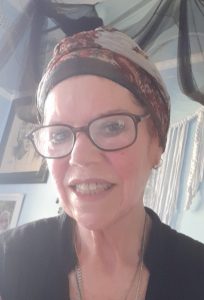 Thank you for visiting my website. This is my personal website and I hope you will enjoy the content which is designed to question the way we live and the way we generally think about the world. Please contact me if you have any questions.  I hope you will find your visit rewarding.

I was born in London’s outer east and moved to Canvey Island during my primary school years, I lived there until  I joined the peace movement at the height of the Cold War.  My interest in politics and art began at an early age.   After I moved to London I took  lessons in painting with the artist Kristin Berge, a pupil of Oskar Kokoschka. Around the same time I visited the studio of sculptor Henry Moore in Much Haddam where I gained further inspiration for culture, politics and philosophy. After travelling across Europe and North Africa I returned to London to work for the film producer Sam Spiegel at the office of Horizon Pictures.  Mr Spiegel  was best known for his films Lawrence of Arabia, Night of the Generals and the depiction of the overthrow of the Russian monarchy in Nicholas and Alexandra.  His company was an exciting and artistic place to be. I gained  much knowledge and formed many of my own ideas there.

While employed at the Horizon office I met my most respected, loved and notorious mentor Moura [Maria Ignatievna] Zakrevskaya, Countess Benckendorff and Baroness Budberg, the one time mistress of Maxim Gorky and lover of H.G. Wells.   The Baroness  was a great writer and an amazing inspiration for a young person like myself,  I visited her regularly at her apartment in Earls Court. She also acquired one of my earliest paintings of the Cathedral in Vienna, a city she was very fond of.  At about the same time I became a Friend of the Tate Gallery in London and began writing essays on art and engaging in my own cultural analysis.  What makes good art?  What is the purpose of art? Might art be a medium for creating a better world?

I moved to Johannesburg during the apartheid years and became a    copywriter and artist for the Gestetner Corporation. In Johannesburg I exhibited a collection of my paintings at the Mona Lisa Gallery then owned by Hungarian artists Elizabeth Sebok and Zoltan Borbereki.  (The monumental sculptures created by Borberiki can be seen in his home town of Budapest).  Zoltan and I were good friends and he too gave me a lot of inspiration. I returned briefly to London and Paris, then shifted to Western Australia (W.A) in 1973.

In W.A., I had a retrospective exhibition of my paintings, but politics  dominated  my attention.  I became an active member of the Women’s Electoral Lobby, The Human Rights Association and Crime Prevention Council.  I also had an interest in prison reform. I moved to Melbourne in the 1980s where I set up a graphic arts company called Wicca Productions and produced posters for protest groups around the world.

After gaining a Masters degrees in Psychoanalytic Studies and International and Community Development I became a consultant psychotherapist and began merging art, writing and personal development.  I wrote my Doctorate on communications and human consciousness which gave focus to the notion of “reason”.  I turned the thesis into a book titled “The Canibalization of Jesus and the Persecution of the Jews” which was acknowledged by the Jewish History Museum in Sydney to be an important contribution to Jewish history.  I have had a life long interest in history, art and political affairs. My last major art exhibition was at the Leo Baek Arts Centre in the Melbourne suburb of Kew. In more recent times I have been advocating for the Rights of refugees.

I currently live on a rural Land for Wildlife property in Gippsland, in the State of Victoria, Australia. I lecture on art and philosophy and run art therapy workshops.  I have published several books on art and therapy and I am currently working on a book on Life in a Rohingya Refugee Camp.

The aim of my work has always been education and helping people to find peace and happiness in their lives.   I have been a peace activist since I was in school and will continue to advocate for a peaceful and creative world.

This is my creed:

‘Know thyself, your character, intellect, judgement and emotions. You cannot master yourself if you do not understand yourself. There are mirrors for the face, but the only mirror for the spirit is wise self-reflection’

‘Feel with the few, speak with the many’. Rowing against the current makes it impossible to know the truth’.

All the artwork on this site is my own.