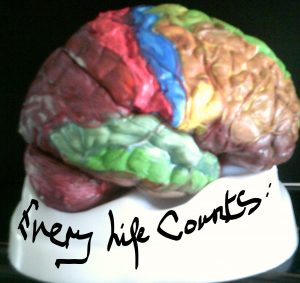 It is unfortunate that the word “therapy” has become associated with a pathological state.  Many people use art as a form of healing, but shy away from the notion of therapy.  I frequently run art therapy groups where people choose to remove the word therapy as they feel it holds a stigma in the minds of society.  This is a strong indication that anything to do with the mind is viewed separate from the body when in fact the mind is the body.  I hope one day this will change and that people will feel as comfortable going to therapy as they do going to the shops to by a new item of clothing or something they have wanted dearly.

What is Art Therapy?

Can art and therapy happen at the same time?

Therapy is a word that describes a form of healing, while art is something that is created for fun or to explore an idea and provide the subject with meaning. How do art and therapy fit together?  Healing can have a very broad definition, we can heal ourselves from stress by stepping back and being mindful of our thoughts and actions.  We can heal a negative mood or a habit that may not be in our best interest with careful deliberation.  We can heal the isolation that comes with being in a new place and without friends by actively seeking companionship.   We can heal a sense of abandonment when friends or family have left us by learning self-determination.  Simply being with calm, confident people can act as a form of healing. This might be called a natural self-motivated therapy. Art and creativity can provide all the techniques for wellbeing.  We heal our bodies daily simply by shedding the old worn out cells and creating new ones. Art helps us to acknowledge our own power of self-healing.  Nature is designed for interactive healing processes. Working with nature is the best medicine, nature creates and heals. We, as humans are a part of nature. Art helps us to breathe a connected breath.

The ancient art of imagery and healing.

Art therapy might be regarded as a new trend, based on the new discoveries in science, but actually it has been around for tens of thousands of years. The story of consciousness is told in the story of art and is as old as humanity itself.  We know this because the art of paleolithic people has been found on the walls of caves in France, Spain, Italy, China and elsewhere.  The cave art was put there by our ancestors in order to express a feeling. Cave art was often a warning to future cave dwellers that dangerous animals lurk near, the terrain is hazardous or that nature is unpredictable. All of nature is a creation of shapes and  colours and humans have tried to emulate it in order to feel a part of their environment.  Humans identified with the sun, stars, skies, earth, mountains, water, fields and rainbows; whereby all the elements were mysteries that could be reproduced in drawings and understood simply as creations.  Life is creation. Art produced some of the earliest forms of therapy designed to answer the questions raised by inquisitive newcomers to a mysterious world. Art described the natural mysteries. Art is an unconscious form of questioning. It causes us to delve into our inner worlds.  Our minds are an ampule of archaic knowledge awaiting resurrection.

Art for the ancients.

Art was jewellery, cosmetics, medicine, clothes, worship and expression.  Art was freedom it took the mind away from fears and daily problems.  Art was a thought process that protected against the harsh natural elements. Artistically created talismans warded off the evil eye of the Devil or other bad deities that made life difficult and hard to endure. Different colours were worn for good luck, they were generally the sunny gay colours that made people feel happy. Art was the earliest form of science. Pythagoras (570BC-495BC) posited the basic science of nature by identifying the four rudimentary elements, earth water, fire and air. Plato (428-348 BC) devised geometric shapes to give expression to them.

The ancient Buddhists of India believed that humans themselves were made up of all the colours and elements, yellow was the earth, black was the water, red the fire, green the wood and white the metal.  Belief in the elements provided people with hope.