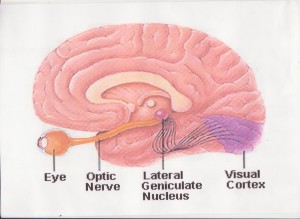 In my practice I am constantly confronted with problems caused by anti-psychotic drugs so I have reproduced this article as necessary information for anyone considering this popular path for the treatment of mental illness (or what I prefer to call difference).

Myth 1: Your disease is caused by a chemical imbalance in the brain

Most patients are told this but it is completely wrong. We have no idea about which interplay of psychosocial conditions, biochemical processes, receptors and neural pathways that lead to mental disorders and the theories that patients with depression lack serotonin and that patients with schizophrenia have too much dopamine have long been refuted. The truth is just the opposite. There is no chemical imbalance to begin with, but when treating mental illness with drugs, we create a chemical imbalance, an artificial condition that the brain tries to counteract.

This means that you get worse when you try to stop the medication. An alcoholic also gets worse when there is no more alcohol but this doesn’t mean that he lacked alcohol in the brain when he started drinking.

The vast majority of doctors harm their patients further by telling them that the withdrawal symptoms mean that they are still sick and still need the mediciation. In this way, the doctors turn people into chronic patients, including those who would have been fine even without any treatment at all. This is one of the main reasons that the number of patients with mental disorders is increasing, and that the number of patients who never come back into the labour market also increases. This is largely due to the drugs and not the disease.

Myth 2: It’s no problem to stop treatment with antidepressants

A Danish professor of psychiatry said this at a recent meeting for psychiatrists, just after I had explained that it was difficult for patients to quit. Fortunately, he was contradicted by two foreign professors also at the meeting. One of them had done a trial with patients suffering from panic disorder and agoraphobia and half of them found it difficult to stop even though they were slowly tapering off. It cannot be because the depression came back, as the patients were not depressed to begin with. The withdrawal symptoms are primarily due to the antidepressants and not the disease.

Myth 3: Psychotropic drugs for mental illness are like insulin for diabetes

Most patients with depression or schizophrenia have heard this falsehood over and over again, almost like a mantra, in TV, radio and newspapers. When you give insulin to a patient with diabetes, you give something the patient lacks, namely insulin. Since we’ve never been able to demonstrate that a patient with a mental disorder lacks something that people who are not sick don’t lack, it is wrong to use this analogy.

Patients with depression don’t lack serotonin, and there are actually drugs that work for depression although they lower serotonin. Moreover, in contrast to insulin, which just replaces what the patient is short of, and does nothing else, psychotropic drugs have a very wide range of effects throughout the body, many of which are harmful. So, also for this reason, the insulin analogy is extremely misleading.

This is probably the worst myth of them all. US science journalist Robert Whitaker demonstrates convincingly in “Anatomy of an Epidemic” that the increasing use of drugs not only keeps patients stuck in the sick role, but also turns many problems that would have been transient into chronic diseases.

If there had been any truth in the insulin myth, we would have expected to see fewer patients who could not fend for themselves. However, the reverse has happened. The clearest evidence of this is also the most tragic, namely the fate of our children after we started treating them with drugs. In the United States, psychiatrists collect more money from drug makers than doctors in any other specialty and those who take most money tend to prescribe antipsychotics to children most often. This raises a suspicion of corruption of the academic judgement.

The consequences are damning. In 1987, just before the newer antidepressants (SSRIs or happy pills) came on the market, very few children in the United States were mentally disabled. Twenty years later it was over 500,000, which represents a 35-fold increase. The number of disabled mentally ill has exploded in all Western countries. One of the worst consequences is that the treatment with ADHD medications and happy pills has created an entirely new disease in about 10% of those treated – namely bipolar disorder – which we previously called manic depressive illness.

Leading psychiatrist have claimed that it is “very rare” that patients on antidepressants become bipolar. That’s not true. The number of children with bipolar increased 35-fold in the United States, which is a serious development, as we use antipsychotic drugs for this disorder. Antipsychotic drugs are very dangerous and one of the main reasons why patients with schizophrenia live 20 years shorter than others. I have estimated in my book, ‘Deadly Medicine and Organized Crime’, that just one of the many preparations, Zyprexa (olanzapine), has killed 200,000 patients worldwide.

Myth 5: Happy pills do not cause suicide in children and adolescents

Some professors are willing to admit that happy pills increase the incidence of suicidal behavior while denying that this necessarily leads to more suicides, although it is well documented that the two are closely related. Lundbeck’s CEO, Ulf Wiinberg, went even further in a radio programme in 2011 where he claimed that happy pills reduce the rate of suicide in children and adolescents. When the stunned reporter asked him why there then was a warning against this in the package inserts, he replied that he expected the leaflets would be changed by the authorities!

Suicides in healthy people, triggered by happy pills, have also been reported. The companies and the psychiatrists have consistently blamed the disease when patients commit suicide. It is true that depression increases the risk of suicide, but happy pills increase it even more, at least up to about age 40, according to a meta-analysis of 100,000 patients in randomized trials performed by the US Food and Drug Administration.

Myth 6: Happy pills have no side effects

At an international meeting on psychiatry in 2008, I criticized psychiatrists for wanting to screen many healthy people for depression. The recommended screening tests are so poor that one in three healthy people will be wrongly diagnosed as depressed. A professor replied that it didn’t matter that healthy people were treated as happy pills have no side effects!

Happy pills have many side effects. They remove both the top and the bottom of the emotions, which, according to some patients, feels like living under a cheese-dish cover. Patients care less about the consequences of their actions, lose empathy towards others, and can become very aggressive. In school shootings in the United States and elsewhere a striking number of people have been on antidepressants.

The companies tell us that only 5% get sexual problems with happy pills, but that’s not true. In a study designed to look at this problem, sexual disturbances developed in 59% of 1,022 patients who all had a normal sex life before they started an antidepressant. The symptoms include decreased libido, delayed or no orgasm or ejaculation, and erectile dysfunction, all at a high rate, and with a low tolerance among 40% of the patients. Happy pills should therefore not have been marketed for depression where the effect is rather small, but as pills that destroy your sex life.

Myth 7: Happy pills are not addictive

They surely are and it is no wonder because they are chemically related to and act like amphetamine. Happy pills are a kind of narcotic on prescription. The worst argument I have heard about the pills not causing dependency is that patients do not require higher doses. Shall we then also believe that cigarettes are not addictive? The vast majority of smokers consume the same number of cigarettes for years.

Myth 8: The prevalence of depression has increased a lot

A professor argued in a TV debate that the large consumption of happy pills wasn’t a problem because the incidence of depression had increased greatly in the last 50 years. I replied it was impossible to say much about this because the criteria for making the diagnosis had been lowered markedly during this period. If you wish to count elephants in Africa, you don’t lower the criteria for what constitutes an elephant and count all the wildebeest, too.

Myth 9: The main problem is not overtreatment, but undertreatment

Again, leading psychiatrists are completely out of touch with reality. In a 2007 survey, 51% of the 108 psychiatrists said that they used too much medicine and only 4 % said they used too little. In 2001–2003, 20% of the US population aged 18–54 years received treatment for emotional problems, and sales of happy pills are so high in Denmark that every one of us could be in treatment for 6 years of our lives. That is sick.

Some professors say that schizophrenia causes brain damage and that it is therefore important to use antipsychotics. However, antipsychotics lead to shrinkage of the brain, and this effect is directly related to the dose and duration of the treatment. There is other good evidence to suggest that one should use antipsychotics as little as possible, as the patients then fare better in the long term. Indeed, one may completely avoid using antipsychotics in most patients with schizophrenia, which would significantly increase the chances that they will become healthy, and also increase life expectancy, as antipsychotics kill many patients.

How should we use psychotropic drugs?

I am not against using drugs, provided we know what we are doing and only use them in situations where they do more good than harm. Psychiatric drugs can be useful sometimes for some patients, especially in short-term treatment, in acute situations. But my studies in this area lead me to a very uncomfortable conclusion:

Our citizens would be far better off if we removed all the psychotropic drugs from the market, as doctors are unable to handle them. It is inescapable that their availability creates more harm than good. Psychiatrists should therefore do everything they can to treat as little as possible, in as short time as possible, or not at all, with psychotropic drugs.