I saw the realm of joy and pleasure.

no religion, no blasphemy,

no conviction or uncertainty remained.

In the middle of my heart,

and the seven heavens were lost in its brilliance.  Rumi.

In the words of physicist Lawrence Kraus, we all come from star dust. What this means is the very same components that give rise to stars and planets have also given rise to humans and all other life forms.

I have always been fascinated by the intuitive urges that cause people to refer to such ephemeral things as star dust.  Where does star dust sit in the unconscious?

All religion appears to have a place in the unconscious.  The power of belief contributes to human survival.  It helps us deal with anxieties and traumas and it gives hope and joy to many aspects of life. The reverse is also true; belief can be very destructive; much like the life and death of a star.

I am excited that science is now recognizing these very human yet mysterious traits as part of a universal pattern of cosmic evolution. I am excited by the idea that our world may just be a hologram, a beamed image from the out universe where all knowledge is gathered possibly around the circumference of black holes.

I am longing to know more about dark energy and whether it can have a correlation to the dark unconscious that Sigmund Freud described so many decades ago. Knowledge is the ‘realm of joy and pleasure’.

The Transitions Movement [also referred to as Transition Towns] is said to build resilience amongst small communities by returning them to a localized land economy.[1]  In this essay I argue that the most devastating impacts on life and land are caused by the desire for territory, raw resources and ongoing wars.   I contend that localization will not create appropriate change it will merely allow for the re-territorialization of existing power relations.  Further, in the context of escalating regional violence I argue that stand alone localization will enforce feelings of patriotism, nationalism and xenophobia.

Localization puts a strong focus on resilience and protection for local communities by way of limiting consumption and growing local food.  There is always justification for reducing consumption and improving domestic food productivity, but its necessity pales against the desperation felt by the world’s impoverished millions who must rely on the international community for support.  Many of these people are the victims of government mismanagement, secret dealings, corporate greed and renewed colonization; added to this are the growing impacts of global warming.  Most of these problems are caused by  capitalism. The Transitions movement is not against capitalism it merely colors it green and calls it sustainable. Living with sustainable capitalism does not equate with a sustainable world.   Undoubtedly, local communities need resilience and self-help is generally a good means of positive reinforcement and psychological uplifting when times are hard, but the local and the global are important. The history of western development is one of exploiting the pre-modern world and global warming is not sufficient reason to abandon these now developing populations or for suggesting they fend for themselves. The world needs a strong global social movement to combat poverty, aggression and climate change.  Environment issues are global and the well being of the planet is contingent on the well being of all its global inhabitants. Want to read more go to www.scribd.com

THE DEEP GREEN DELUSION: Vitalism and Communal Autarky.Deep ecology is the fastest growing green movement in the western world today, but  people who truly care about the earth  and its inhabitants should know that some deep ecologists want to  bring back the wilderness by cutting the world’s population by 70% starting with the earth’s most vulnerable beings.

You can read this new book on www.scribd.com 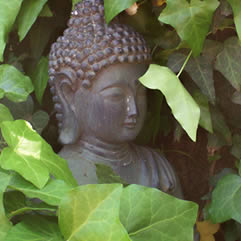 Australian seismologists have developed and released a new National Earthquake Hazard Map of Australia, which identified the areas of Moe in Victoria, York and Kirwan in Western Australia as well as Tenant Creek in the Northern Territory the country’s most susceptible to the natural occurrence.

www.ga.gov.au/darwin-view/haza Australian seismologists have developed and released a new National Earthquake Hazard Map of Australia, which identified the areas of Moe in Victoria, York and Kirwan in Western Australia as well as Tenant Creek in the Northern Territory the country’s most susceptible to the natural occurrence.

Primarily developed to help analyze Australia’s earthquake-prone areas, the map intends to help builders and engineers better plan on where and how to build structures, as well as design the structures’ safety and effectiveness.

“Although these maps do not enable us to predict earthquakes, they will allow engineers and planners to design and locate buildings and infrastructure so as to better protect our communities,” Resources Minister Martin Ferguson said in launching the project on Monday.

He said the plan will be integrated into Australia’s building code with the end in view to enlighten engineers as they design and build structures which should be able to withstand the likely ground shaking at any particular location.

The modelling and data, already made public, may also be used by emergency managers, researchers and the insurance industry, Mr Ferguson said.

To know more about the map, click here: http://www.ga.gov.au/darwin-view/hazards.xhtml

To report problems or to leave feedback about this article, e-mail:
e.misa@ibtimes..com.au

(Photo: www.ga.gov.au/darwin-view/haza   / )
Australian seismologists have developed and released a new National Earthquake Hazard Map of Australia, which identified the areas of Moe in Victoria, York and Kirwan in Western Australia as well as Tenant Creek in the Northern Territory the country’s most susceptible to the natural occurrence.

‘Since we can’t stop poor people from breeding, let’s build fences to keep them out. And let’s ask the world’s biggest polluters to pay for the fences’.     [David Attenborough].[1]

Locking up land might seem like a good idea, but not when it could cost millions of poor people their ability to grow food and collect fuel.   In another time the British landed gentry were forced to give up some of their lands to the state. Now they want them back?  The landed gentry are the biggest polluters, they just pollute other peoples’ lands. It is very encouraging to see some environmentalists speaking out against the overpopulation myths. It is about time we stopped blaming the poor for the world’s problems. Governments and industries alike rely heavily on the information of scientists to manage risks, but scientists might be unwilling to give advice in the future because on the 22nd October 2012 six scientists and one public servant who were part of the Italian ‘National Commission for the Forecast and Prevention of Major Risks’ were found guilty of manslaughter after underestimating the risk of a deadly earthquake that killed 309 people in the historic town of L’Aquila.  The seven people involved face six years in jail and millions of Euros worth of damages.  As a result risk management specialists across the western world are concerned about this new trend in litigation which they have labelled ‘the blame game’, arguing that natural disasters are not totally predictable.      Scientists, policy makers and practitioners at all levels of government who provide scientific and technical advice are subsequently very worried and with good reason.  The Queensland Floods Commission Inquiry identified four dam operators for possible criminal sanctions, but did not proceed because of insufficient evidence.  The Queensland floods and cyclones of 2010-11 cost the state $7.5 billion.

Scientists and their cohorts are now wondering how far the Italian precedent will extend in the context of an increasing number of seismic related incidents with some linked to human activities.   The  question occupying everyone’s mind is will the conviction of the seven Commission employees now reduce the willingness of other scientists and management officers to share information on the potential for disasters in the future?    Will they bend towards administrative priorities?  In reality, very little information concerning risks is given to the public, how much worse can the situation get?  What about risks associated with coal seam gas? Are we at risk?

In light of the vagueness of information one can understand the court’s decision in L’Aquila where  on March 30th 2009 a 4.1 earthquake hit the town causing damage to buildings, less than a week later the lethal 6.3 magnitude earthquake struck, but over the previous four months a swarm of small earthquakes were being experienced with increasing frequency and intensity.

As some industry scientists have suggested,  ‘if the Italian experience is replicated here or even if it creates some level of unease in the scientific community which discourages their involvement, the preparation and planning for future natural disasters will be compromised with potentially more adverse consequences for the community.’

According to reports the presiding judge in L’Aquila believed those representing the Commission failed to appropriately convey the level of risk to the local population, hence people were not able to take action and prevent injury. This prompted the public prosecutor Fabio Picuti, in his closing speech to judge ‘the analysis of the Major Risks Commission’ as ‘deficient, unsuitable, inadequate and culpably deceptive.’

No one enjoys proportioning blame, and jail might not be the appropriate solution for error, but L’Aquila should be a wake-up call for governments and corporations who appoint boards of inquiry to consider that they might not be immune from prosecution if communities are put at risk.