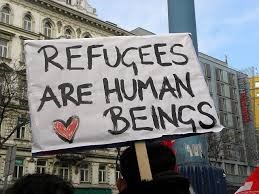 America’s President Trump has now declared a national emergency to fund his long-sought after border wall.  How will people react?  Parliamentary governments have historically enacted emergencies that put limits on civil  liberties and human rights and give impetus to the centralization of government and its overriding authority in order to protect themselves from protests, disagreements and social disarray.

Emergencies also relate to natural disasters, but the mood  against Trump is distinctly different. The imposition of a coveted legislature by a would-be autocrat has stirred the fears of a dictatorship.     Natural disasters, and other unforeseen calamities cannot be avoided,  however, Trump’s move is more in line with the emergency provisions in Germany when Article 48 of the Wiemar Constitution granted the president the authority to overrule the legislature. This provision of emergency was implemented many times and Adolf Hitler used it to legally sanction Nazi attacks on his opponents. Importantly, every move under this provision was completely legal and the population blindly supported it.

There has been a lot of speculation about Trump’s past, his alleged connections to the Right Wing white supremacists and members of the Ku Klux Klan. He has been highly visible in his misogynist attitudes and  treatment of women.  His complacency about the abuse of black citizens has also been noted and if I remember rightly, he even accused the previous President Obama of being a Muslim, not that it should have mattered if he was.

Trump is not alone in his determination to be a dictator. Political narcissism is plaguing the world and it has a long history.  Mussolini inaugurated his dictatorship after failed assassination attempts. Argentine’s military junta seized power in 1976 and suspended parts of the constitution.

If we look more closely at the period of government that preceded Hitler from 1930-1933, there are many similarities between then and now. The German working class and poor were suffering through a Depression. There was a lack of employment, food shortages and a sense of hopelessness.  Hitler promised to make Germany great again when Nazi violence was already in full swing. Jews were targeted for their money and business acumen (Hitler had a personal hatred of Jews much like Trump’s apparent hatred of immigrants).    By 1930 the German Communist Party were arguing that Germany was already a fascist country.

Many Americans are saying that Trump’s national emergency has to be stopped. People can see where Trump’s action  might be going, but we have seen in the previous examples that protest is not always enough to stop an ambitious dictator.  How do we deal with a dangerous zealot like Donald Trump?