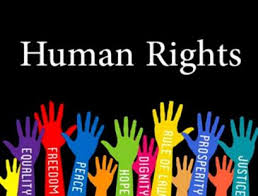 America’s President Trump has declared a state of emergency to build a huge wall in order to keep out the influx of  immigrants coming into the United States, while the Australian Prime Minister wants to re-open the Christmas Island Detention Centre, an old disused facility to house boat people that have not even arrived yet and may not arrive.  Why should we be surprised?  The two governors  have much in common when it comes to desperate measures, dispassionate and irrational decision making.

Leaving aside the American problem of the so called invading immigrants, Professor Ben Saul, a rapporteur for the United Nations has called Australia “recalcitrant and a pariah state”.  He is correct! With respect to Australia the United Nations’ committees have upheld 36 Human Rights complaints against the country, the fourth largest number of adverse findings in the world.  Half related to arbitrary detention.  Indeed, since 2009 thousands of asylum seekers and dozens of refugees have been held in detention without just cause.

Australia has a long history of arbitrary detention which dates back to the convict era.  The most heinous examples being that of women  and the Stolen Generation, or the displacement of Aboriginal children who were removed from their families and put into institutions or white peoples’ homes.  Aboriginal people  were not only massacred en mass, those who survived, were relocated and/or put to forced labour.  The Australian nation has a shocking history of abuse that seems never- ending.

In addition, Australia engaged in the transportation of orphaned children who were put into farm schools as unpaid labour.  Eventually, the schools were closed, but not before significant damage was done to individuals.

Historical files at the Public Records Office have revealed how women were locked up in mental institutions due to poverty, senility, bad nerves or change of life.  Unmarried mothers were also institutionalized and many had their children removed and put up for adoption. This heinous practice was not addressed until 2012.

In 2012 a Government Senate paper reported on the Commonwealth’s contribution to forced adoption detailing policies and practices. Adoptions were carried out by nurses, social workers and religious leaders.  Women with no visible means of support often lost their children, which caused many mothers to seek relationships with men who were neither reliable or caring. Many women were subjected to domestic violence and were simply unable to leave for fear of losing their children.  In the 1960s, adoption could take place even if consent was given under duress, the situation remained the same well into the 1980s and beyond.

Women in same sex relationships were also at risk of losing their children. Mothers could be made to feel they were bad mothers and unworthy of having offspring. Many mothers who tried to fight the system were scrutinized and terrorized. Many were told to give up their children. Forced adoptions were illegal, but there was no policing and a lot of pressure.  The records showed that mothers with new born babies had BFA (baby for adoption) written on their files. Fathers of the children escaped all liability. By the 1980s the situation had eased, but not altogether, society condemned unmarried and lesbian mothers whose lives and well being were often disrupted by verbal and physical abuse.

Australia has engaged in many forms of arbitrary detention. Most government and non-government authorities have  made the desperate, the poor and the powerless their targets.  The Universal Declaration on Human Rights prohibits all forms of arbitrary detention, but Australia is a rogue state with little concern for international opinion.  Currently it is refugees and asylum seekers that are the target.  The issues are divisive and ugly, but they will not go away until all Australians learn that every life counts, every life has value.