I have  been toying with the literature on the Knights Templar. Below is a sample of my interpretation. 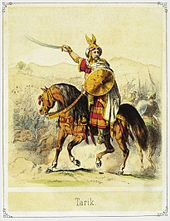 In 1300 BC a great famine in Palestine forced the Jews out of Palestine and into Egypt. There the Pharaohs used the Jews as slave labour and treated them with immense cruelty.   the prophet Moses   then led the Jews out of Egypt and into the desert. While the Jewish travellers were resting Moses went alone to Mount Sinai and asked for God’s guidance.  In response, God gave Moses the Ten Commandments, also known as the Ark and the Covenant.  While Moses was receiving God’s word, the Jews, fearing their plight, made a Golden Calf for their worship.  The Jews rejected God’s Commandments and instead worshiped their old idols, Astarte, Baal and the Golden Calf.

In the first millennium BC David, a descendant of Moses conquered the city of Jerusalem from its indigenous inhabitants the Jedusites. It is believed that David and Moses both arose from the same lineage that dated back to Jacob, also called Israel.  The two came from different sons of Jacob, David was from the tribe of Judah, while Moses was from the tribe of Levi. The Ark of the Covenant was placed in the care of the Levites.

Below the citadel on Mount Moab David bought a site for a Temple that would house the Ark and the Covenant, but David had no right to the precious object, he was not even allowed to touch it. David assembled the materials for the Temple, but it was eventually built by his son Solomon in about 950 BC.  The Ark remained with the Levites until Solomon built the Temple in Jerusalem. The Temple site was believed to be that of the Al-Aqsa Mosque, which referred to the whole area not just the building. When the old Temple was destroyed a new one was built next to it, which has led to inter-racial and religious disputes ever since.

Israel remained an independent state until Solomon’s death when it was conquered by nations to the east that included the Assyrians, the Chaldeans and the Persians. The Temple was destroyed by the Chaldeans in 568 BC and the Jews were transported to Babylon as slaves. The Chaldeans were then conquered by the Persians who allowed the Jews to rebuild their Temple in 515. The Persians were then conquered by the Greeks, but due to their absence many of the regions were actually governed by Jews.  In 167 BC the Jews gained their independence, but not without constant struggles against neighbouring states. Jerusalem was then placed under the guardianship of the rising Roman Emperors who became the arbiters of power over the entire Jewish State.  The Jews could not assimilate into the Greek or Roman way of life.  Instead, they retained their destiny as God’s chosen people. This was to result in an inevitable and ongoing fight for their homeland.

A group calling themselves the Zealots resisted the Romans, but they were outnumbered.  Many Zealots burned their possessions, took their own lives and those of their families rather than being tortured and killed by the Romans. A second uprising, led in part by the Messiah Jesus of Nazareth was predicated on the idea that the only way to a victory was to turn the Gentiles into Jews and increase their numbers, but the Jewish conservatives rebelled against this idea. Hence, the second uprising produced a worse result than the first. Many Jews were forced to flee. Nonetheless, a small number of Jews continued preaching to the Gentiles, thus a separate religion called Christianity was born.

During the many ensuing wars over the governance of Jerusalem a group of men called the Hospitallers assisted the wounded and sick who came to their hospitals from the battlefields. The Hospitalers were so concerned about the ongoing wars they banded together to create their own military order aiming to drive the Islamic forces out of Jerusalem.  They became the Order of Knights of the Hospital of Saint John of Jerusalem, otherwise called The Order of Saint John.    They were joined by another group, The Order of the Temple who were a religious-military institution founded by a group of warriors in Jerusalem in the decades following the First Crusade of 1097–99. The group first received royal and church approval in 1120, and papal authorisation in January 1129. They protected Christian pilgrims on the roads to the pilgrimage sites around Jerusalem and also helped to defend the territories that the First Crusade had conquered. As members of a religious order, they made three vows: to obey their superior officer, to avoid sexual activity and to have no personal property. They came to be known as the  Knights Templar after their headquarters in Jerusalem, the Al Aqsa mosque, which westerners believed was King Solomon’s temple.

Western European Christians gave the Templars gifts of land, money and tax concessions to help their Crusades, and the brothers of the order also traded and acted as government officials for the rulers of western Christendom. They acquired large estates in Europe and set up farming businesses, travellers inns and they  acted as bankers.   In the Middle East they and their fellow military orders, the Hospitallers, faced increasingly devastating assaults from the well-equipped and well trained Islamic forces and the Knights were no match for the Islamic forces.  The sultan of Egypt conquered Jerusalem in 1244, and Acre in 1291.   The Templars and the Hospitallers who escaped the massacre at the hands of the sultan’s forces moved their headquarters to Cyprus and set about trying to organise a new crusade.

The Templar grand master, Jacques de Molay, was in France planning such a crusade when he and all the Templars in France  were arrested on the order of King Philip IV of France in October 1307. The brothers were charged with heresy, tortured and killed.

At the time of the arrests in January 1308, there were Templars resident in only 35 of their known houses in England. The king’s sheriffs who arrested the Templars also confiscated their lands. Royal officials administered these properties and sent their revenues to the crown. The king gave some of the estates to his friends and to important nobles and some of the lands were returned to the families who had originally given them to the Templars.

The Templars’ estates in Britain were concentrated in the east of England and the southern Midlands, with some lands on the English-Welsh border, and there were two sites in Scotland. Their location depended mainly on property which landowners had donated; some Templars also purchased their own lands.

Templar farms and other lands were grouped into areas of command with the larger manors holding court over the smaller properties.   Commanderies in Britain were on flat or gently rolling land, and often sited on rivers for trade and good transportation.

In France King Philip IV of France ordered the arrest of all the Templars on 13 October 1307, charged with denying Christ when they were received into the order, spitting on the cross and exchanging obscene kisses, committing sodomy with each other, and the worship of an idol. He ordered they be tortured and killed.

Pope Clement V initially protested, then ordered the arrest of all Templars in Christendom and their interrogation for heresy. In August 1308 the Pope reported that the leading Templars in France had confessed to “horrible things” and that he had absolved them.  According to the records, the only Templars to confess to any of the charges were those under the jurisdiction of the king of France or his relatives.

In the kingdom of Aragon, King James II ordered the Templars’ arrest, but had to besiege them in their castles before he could enforce this. The Templars were interrogated, but failed to confess to anything. In northern Italy the archbishop of Ravenna refused to allow torture to be used and no Templars confessed. In Cyprus, the Templars and non-Templars who gave evidence insisted that they were innocent. In Portugal King Dinis brought a legal case against the Templars to recover lands given to them by his predecessors, but there was no heresy trial.  In all, the results of the trials outside France supported the Templars’ innocence.

Much of the history written about the Templars gives focus to the exotic warrior Knights, their exploits and their demise, but there were many Templars with smaller, less conspicuous roles who were clerks, builders and community officials.  There are families with Templar origins that no one has ever heard of.

The Templars organisation still survives to this day and as individuals they have left their mark on the most unsuspecting of people and places.

I grew up with the stories of the Knights Templar and their ideology of war, chivalry and the rescue of fair damsels in distress. The story is not unusual, nor is it in any way grand. We learn our beliefs and values from our parents and ancestors and with experience we see their contradictions.

The contradictions in my family defined us, but they were not straight forward. As British born nationals we looked upon the Templars as brave and exemplary ancestors, freedom fighters and liberators, but we had our roots in the Kabbalah not Christendom and the Templars slaughtered millions of Jews in order to seal back Jerusalem and the Temple which was never theirs in the first place.