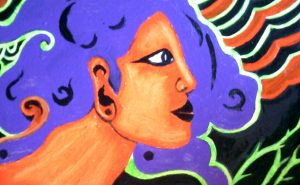 Take for example Homer’s ancient story of Odysseus who is on his way home from the Trojan War when he is captured by the nymph Calypso who professes her love for him.  Odysseus finds compassion in the goddess Athena and she has him released, but on the way home Poseidon creates a great storm and shipwrecks the vessel that carries Odysseus.

Odysseus then blinds Poseidon’s son Cyclops and continues his journey home only to be turned into a pig by a witch. Odysseus then arrives home disguised as a pig and sees his wife has a number of other suiters. Athena sets a test for the suiters, whoever can string Odysseus’ bow and blast an arrow through twelve axe heads has Penelope’s hand.  Only Odysseus passes the test and he celebrates by killing or mutilating everyone in the household.

The story of Odysseus reveals an important transition in the ancient human history of killing,  from the sacrificing of animals to the gods to sacrificing humans.  The sacrifices to the gods still exist today, only the gods take another form, they are in the building of monuments, the insignia of generals and leaders.  They are robots, machines, drones, guns bombs and fighter planes, everything we value over nature and human existence.   Each new invention must be put to the test as must each new leader or general and the winner takes all.

Such worlds rarely reveal their presence in ordinary circumstances, they arrive with the unexpected, through crises and altered states of consciousness. Trauma is intergenerational and it changes consciousness. These extraordinary states come with memories, histories and the emotional feelings of abandonment, pain and suffering.   Trauma also comes with a loss of identity and a loss of belonging. It happens to everyone, no one is alone with their trauma and we are all put to the test.

We can experience these traumatic events in two ways, we can continue the suffering by transferring it onto others, or we can create new pathways to freedom.  The lessons on transformative freedom are available to everyone willing to undertake the journey.   We might think the Homeric poems are not valid today, but we need them more now than ever before.