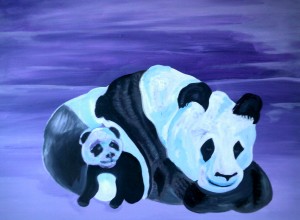 The gulf between the need to create and the perceived lack of creative progress presents a conundrum for the human mind.   Scientists, especially those working in the fields of economics, have constantly sought to explain cultural stagnation and the answer lies in a lack of collective creative enterprise.  There is no individual neurological fix to this kind of stagnation.  Nor is there any evidence of causation that can be linked to brain dysfunctions or mutations.  Everyone can create.  Further, there is no clear definition of what creativity is.[i]  There are obvious social rules about what governs artistic enterprise some set by historical example and others by current fashion.    Outsider Art is created by people who are said to produce outside these conventions.   Outsider artists are dreamers who live out their dreams beyond the boundaries of the prescribed socio-economic order. The work of Outsider artists is instinctual; it throws off the shackles of civilisation and taps into the archaic primal mind to reveal another level of existence, a chaos that must be expressed.   Outsider Art extends the human vision by crossing the boundaries between ‘originality and creativity,’ [ii] but it comes at a price. The primal mind operates in survival mode and this causes a number of heightened anxieties in a modern world setting.  The production of art can also serve to placate these anxieties.