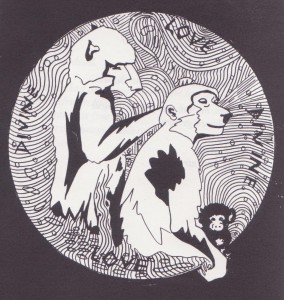 To understand Outsider Art is to conserve it.   Generally we have valued the interpretative artists for their historical importance, familiarity and pleasure, but society has had little time for nonconformity.  Outsider Art that exemplifies a ‘breakthrough’ in vision has traditionally remained beyond the borders of convention to be ignored rather than condemned rendering it invisible and devoid of any critique. [i]  Times have changed.  More recently Outsider Art has emerged in the context of post-modern, post-historical assertions, whereby there should be no judgements, no absolute truths, rules or conventions.   A cultural shift has taken place which the social historian Christopher Lasch has called it The Waning of the Sense of Historical Time [2006]. [ii]  Lasch laments the lack of historical reference.   Similar sentiments have been expressed in the book The End of History and the Last Man [1992] by Francis Fukuyama who argued that the spread of globalization and Western Liberal democracy would signal the endpoint in the multicultural evolution. [iii]  For Fukuyama the changes are just the inevitable outcome of the bourgeoisie mode.  Others have noted that since the end of the 1960s European Cultural Revolution interest in collective politics has waned in favour of the individual’s self-interest.  Virtually all social commentators, acknowledge the profound changes; for example, on the right, Robert Bork in Slouching Toward Gomorrah: Modern Liberalism and American Decline (New York: Regan Books,1996) [iv] and, on the left, Todd Gitlin in The Sixties: Years of Hope, Days of Rage (New York: Bantam Books, 1987).[v]   Both the left and right of politics characterize the counterculture as self-indulgent, childish, irrational, narcissistic, and even dangerous. [vi]

Notwithstanding there are some positive elements to the changes. Science has advanced and offers different perspectives on culture and its values.   We can now conjecture an intrinsic purpose in being creative that is linked to human well being, but convincing people that making art is more important than buying a second car or taking a luxurious holiday is not an easy task.   Art happens in the moment, but it also links us to history and the future.  Undoubtedly, the creative arts have been enduring.  The art of civilizations is, in many instances, the only thing left when cities and populations decline. We remember the past through peoples’ art.  History and endurance requires vision.   The ability to vision is not the same as the tendency to dream.   We must awake from our dreams and rarely do we put their contents into effect.[vii]  Visionaries take dreaming to another level whereby the fantasies can become the means to create a better more harmonious world.

The evolution of human creativity is complex nothing can truly explain the sudden development of human ingenuity of the last 45,000 years until now.    The succession of discoveries that have included fire, flint and minerals provided new tools and hunting methods, which in turn culminated in tribal settlements and communities that developed agriculture, the domestication of animals, the manufacture of tools and implements.   Alongside these discoveries was the acquisition of language giving rise to the expanding brain. Over time life became more rewarding, but also more intricate, more competitive and more conflicting. The quest for rewards became juxtaposed to punishments for non-achievement.   The competition for success intensified.   Opposing tribes fought hard for wealth and supremacy and the same drives that created progress, also led to defeat and chaos.  Thus we live in on a planet of winners and losers. We must transcend this system if life on Earth is to survive.

Despite the hurdles and bumps on the way humanity has made extraordinary progress in a short space of time.   However, this advancement is not due to individual skills or the rational ability to speculate on the future, what we understand to be a modern sophisticated society is the product of a collective intelligence.  Scientists now agree that the collective intelligence of our predecessors gave the world the cultural evolution which we enjoy today.   According to current scientific findings development lies in collective bargaining, that is to say people interacting are better able to move forward rationally and creatively.  To reiterate this very important point, what appears to determine innovation and the rate of cultural change in nations and communities is the amount of creative communicative interaction.   As we see from history some of the earliest communications between humans took place through artistic expression. Examples of these works exist across the world to remind us of the power of symbolism and metonymy. It should not surprise us then that any attempts at political dictatorship will lead to an attack on the arts and demands of absolute obedience.  A picture paints much more than words, it creates imagination and vision.