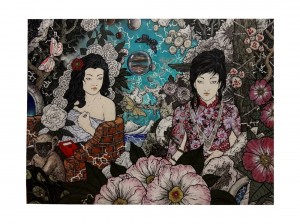 Theorists have generally looked to motivation as an explanation for creativity focusing on why some people are more creative than others.  Most ancient cultures, such as the Greek, Chinese and Indian cultures had no real concept of creativity as they believed art was a discovery rather than a form of creation. Ancient societies believed that everything had a Divine origin.  The ancient Greeks in particular did not have a word for “create” or “creator”.  The great Greek philosopher Plato did not believe in art as a form of creation. He asserted that all art was an imitation.[i]  There was one exception to this rule, that of poetry. The art of poetry had a particular spiritual status as did the poet who put it together.    Indeed, the first conception of creation in the Western culture appears to have arisen with the Bible and Genesis when God was said to have created the Heavens and the Earth.  From then onwards the idea of creation was concretized in a religious dogma whereby any act of creation was the sole domain of Divine inspiration, a position that lasted until the eighteenth century European Enlightenment.