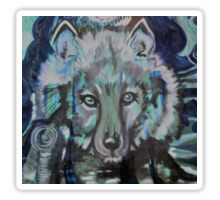 I have started work on another book.  This time the topic is Trauma and Consciousness and how each of these human experiences are defined, how each can be brought into perspective in order to properly understand their complexities; and they can be appropriately utilized for maintaining or restoring wellbeing.  The sad fact is the Newtonian-Cartesian paradigm allows for only one reality, a state of consciousness that society (and science) regards as normal.  However, normal is not a state of consciousness, it is cultural and historical imposition that individuals are expected to adhere to in order to feel accepted and a part of the social order.  To have feelings of not being normal is the greatest of aberrations humans can experience despite fallacious claims from many that they would prefer not to be regarded as normal. Notwithstanding, normal is used by society as a measure of balance. Ask a person if they would like to be unbalanced and an entirely different issue arises.  There are nonetheless, a growing number of people who do not fit the category of normal, nor do they feel balanced. Most of these people have experienced trauma. Consequently, many people who do experience trauma become labelled psychotic and sick when in fact they could be involved in a progressive self-healing, if not a totally absorbing evolution of consciousness. This kind of self-determination is not a linear process, rather it is a reflexive escape from sedation and control. How does one become involved in this non-linear process?  This very important question will be the major direction of this book.  To put it succinctly, the limits of ‘normal’ impose enormous limits on the conscious experience the mind has available. Worse, the constant intervention into the human mind’s activities lead many into extremely self-absorbing mindsets that cause the condensation of thoughts and concomitant self-destruction behaviour, which in turn gets projected onto the world.

Condensed experiences, are inherent trauma and they can be inherent in the processes of healing through such abstractions as of art.  Any emergence from the unconscious can become the essence of an experience.  However, human experience is not a simplistic set of random events denoting pain or pleasure. Nor can experience as such be categorized as solely a negative or positive feeling.  Experiences are the accumulation of forces that can have an overwhelming effect on lives with almost no expose of where these phenomena come from, hence the term ‘condensed’.

Condensed Experience or a COEX System is a concept coined by Stanislav Grof in 1931 to describe the way the human brain organizes its experiences around a powerful emotional nucleus, which is uniquely formed when an emotionally charged experience becomes imprinted in the neural structures of the human brain. This experiential imprint in turn influences all subsequent experiences, which can then be deemed offshoots to the original memory of an emotional and/or sensory event.  According to Grof, COEX systems can be weak or strong. The strength of a COEX system is determined by its original experience generally to be found in perinatal or early childhood trauma.  Grof emphasis the perinatal journey into the world as one of the key factors in ongoing trauma.

According to Dr. Michael Sharp, in addition to being organized around a nodal point of experience COEX origins and COEX systems are also shaped by ideas and archetypes. The Postnatal Authority Matrix for example, defines the feelings and experience that are organized around the birth drama and the individual’s first experience with their Primary Authority Figure (usually the mother).  The Postnatal Authority Matrix is also shaped by the individuals ideas about authority in general often derived by a process of indoctrination whereby archetypes are activated and become facsimiles that are implemented in the subject’s consciousness.    Under healthy social conditions, COEX systems are primarily positive and not negative. They are simply a means by which we organize our experiences in the human body. Unfortunately, under current social, political, and economic conditions, most of our experiences are negative and cause us great emotional stress.  According to Dr Sharp, beginning with the over medicalized, frenetic, and violent birthing program of the planet, our bodies are subject to continuous assault at emotional, physical, and intellectual levels.  We are a part of the universe and unconsciously we experience what the universe experiences, constant change that is often tumultuous.  These experiences become organized in the brain around powerfully negative COEX systems that lead to severe mental dysfunction, namely neurosis and psychosis.  A negative COEX system is a system that requires constant energetic input. For example a negative Postnatal Authority Matrix, or a matrix that revolves around the destruction of self-esteem, develops into an ongoing negative COEX system that requires the individual to constantly seek out approval in order to avoid bad feelings about self. This negative COEX can be the cause of emotional depression, and even neurosis or psychosis. The negative COEX emerges as a result of the psychological damage experienced by the child, which according to Grof happens in the perinatal stages of birth, especially since the birthing procedures involve the pernicious and violent imposition of an unnatural and psychological perverse system, causing the vast majority of individuals raised within the system suffer the consequences of several negative COEX systems.

Both positive and negative COEX systems have triggers. These triggers consist of ‘sensual’ or ‘psychic’ reminders of the original experience. There are an infinite variety of triggers, most of which are idiosyncratic and therefore rules or guidelines for the identification of triggers are impossible to provide. However, generally, a trigger is ‘created’ when an organism focuses on a specific aspect of the negative experience (whether it is location, ambience, colour, music, or art etc.). The trigger(s) are often, even normally unrelated to the negative COEX and are selected in a process of avoidance, transference or repression, for example, the organism might select a particular feature in the environment to unconsciously offset the trauma embedded in the body and mind. [1] Because the subject is unaware of the internal triggers the most serious psychopathologies can be contained within the parameters of ‘normal’ life causing a loss of energy, vitality and illness. [2] 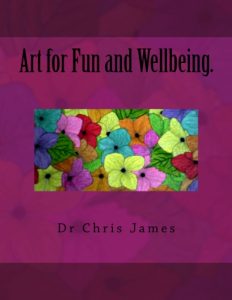 Some people seem to have been upset over some of my Facebook posts, which take a firm stand against all forms of violence, including the slaughter of animals for food.  Here is my reply to those people.

Who so eats the flesh of slain beasts eats the body of death. Jesus.

Some people appear confused by my posts. Let me explain.  I am a transpersonal psychotherapist working mostly through art, also through mindfulness and aspects of post Freudian/Jungian psychoanalysis. Transpersonal experiences are compatible with unified and systems theory. While there are some similarities to mystical beliefs, there is nothing mystical or dogmatic about what I do.

The transpersonal experience involves a view of life where boundaries are arbitrary, solid matter does not exist anywhere other than in our perceptions. Life is made up of a collection of patterns, it is not linear as we have been told to believe. If there is a god then it is in the splendour of a living and regenerative universe, of which we are all a part.

We know a lot about the transpersonal  through the work of Einstein’s theory of relativity, but more particularly through the work of scientist Robert Sheldrake and the New Science of Life, which is constantly being added to in the context of quantum theories and those elements, which allow for the reverse flow of time.  Although we cannot say for sure that this flow of movement in time relates to matters of ancestry or history, what we can say for sure is that it does relate to an ever shifting consciousness, which has its roots in the unconscious.

Perhaps the most common way to tap into the unconscious has been through hypnosis, something which most people are familiar with, but there are other less invasive ways to explore inner worlds.  I use art, movement, music, connected breathing, dreamwork/visualization, making images out of unconnected pieces of material and more… I also have a very different view of therapy to most.   I  work to help people to become their own therapist, healer and life-world manager. Every member of my group(s) becomes a helper, there is no leader. When questions are raised everyone has a rightful answer because everyone’s path is different.  My groups appear to endure for years, not weeks or months, which I believe speaks to the effectiveness of my method of bringing about mindfulness, my own as well as that of others; something everyone must do for themselves.