I have been trying to get the studio ready for next term’s art therapy participants.  I started with cleaning out the cupboards and realized just how much stuff I had that I did not use.  I pulled the doors off the cupboards and turned them into shelve, so my collecting became visible. The process reminded me of just how much clutter we collect in our lives.  Being mindful and having the ability to focus on the things that are important means eliminating clutter in the mind.  There are a lot of things happening in the world (and in our lives) that might seem important, but in reality thinking about them is probably not going to change anything.  We can only change ourselves. It might be better to have a little faith in the natural laws and let worldly things find their own level of balance.  Changing ourselves means taking responsibility for the events in our lives.    It may not be easy. Indeed,  stepping away from other peoples’ chaos can be the hardest thing a person has to do, but if we don’t do it harm becomes a continuum and nobody is helped in the process of continuing harm.

It is really difficult to find good mental  health help.  There are so many different kinds of therapies and many more ideas on the best way to apply them.  In addition, a lot of mental health professionals bring to the task their own values and techniques that may not coincide with the needs and beliefs of their clients.  Further, many of the methods being used to assist people today are also band aid treatments that depend heavily on medications as the primary source of treatment for a problem.  The Australian Government provides 10 sessions with a mental health professional per year on Medicare, but these sessions can quickly be eaten up while trying to find the right person for the task.

Most people who come to me for Mindfulness sessions or Art Therapy have already done the rounds of other helping professions.  I base my work on psychoanalysis because it deals with  the unconsciousness.    Almost all of our thinking and decisions come from the unconsciousness into the conscious thought processes and are acted upon before we have a chance to unravel them and take heed.   By delving into the unconscious mind through dreams and stories, drawings and images we can open up the difficult areas of pain and trauma that drive anxiety, depression and poor decision making.

Psychoanalysis has had a bad wrap over the past decades because it is  opposed to the use of drugs as a cure for mental health problems.  Psychologists and most other mental health professionals will support the use of medications such as antidepressants.  This means that most of the money that finds its way into the area of mental health support is also directed at boosting the sales of drug companies.

Things are changing.  People are becoming aware of the harmful side affects of drugs and psychoanalysis is making a comeback.  Psychoanalysis is not an easy journey.  The chances are,  the mental health problems that have been acquired have accumulated over a lifetime.  It stands to reason they are not going to be fixed over night.  It could take several years to turn a life around.  It may mean a complete change of lifestyle, including the elimination of all drugs and harmful foods.  Changing a life will certainly include more exercise and a new attitude towards positive thinking.  It may sound difficult, but this is merely making changes to bad habits, we start small and add continual improvements.

Remember,  life is a wonderful gift, it should be enjoyed and fruitful. If we fail to embrace the tasks that make life worth living, what else is there? 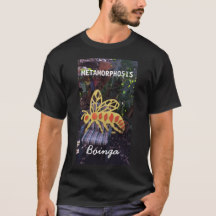 We generally connect the notion of faith with religion, but faith extends far beyond religious belief.  Faith is intuitive, sense based and linked to our emotions. Faith is happening when the human consciousness knows that it is conscious.  Faith is alive, positive, creative and it turns the mundane into goodness.