There is a proposal to bring the Harmony Festival to Foster in 2016.  The pictures below give an indication of what to expect from this amazing event. 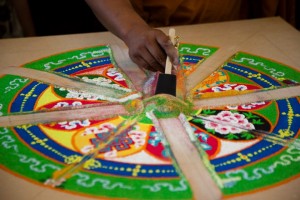 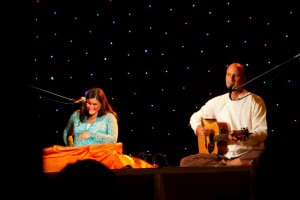 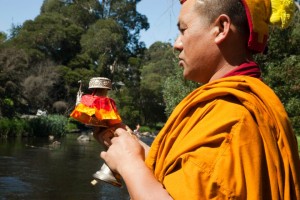 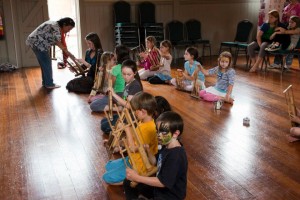 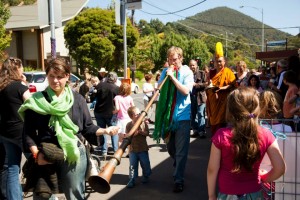 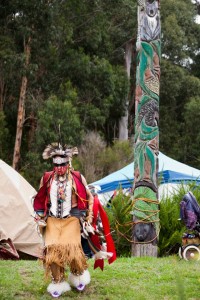 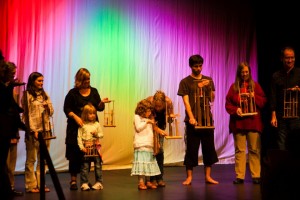 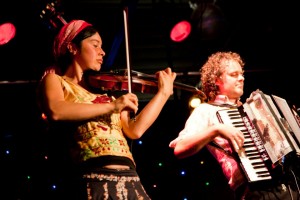 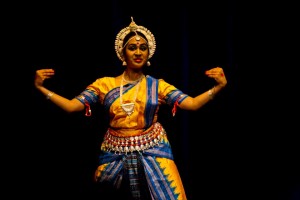 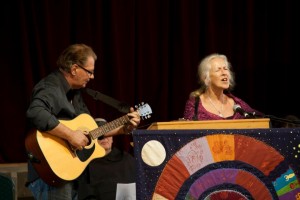 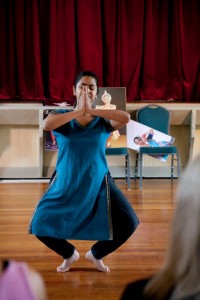 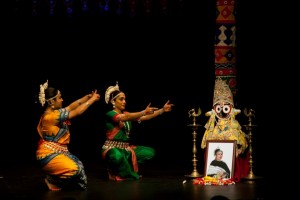 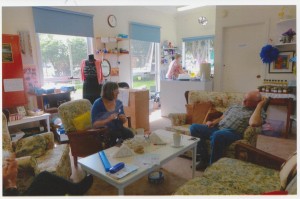 View of the lounge and café kitchen 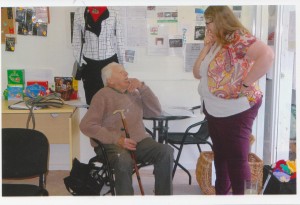 The Music man and the house secretary. 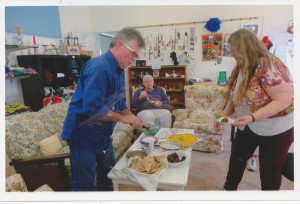 Lunch in the lounge. 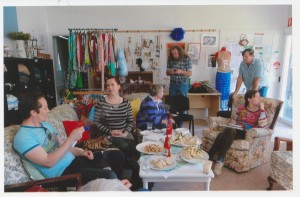 Eat and shop for a bargain in one place. 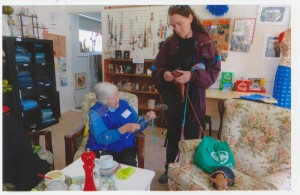 A good place to learn a craft. 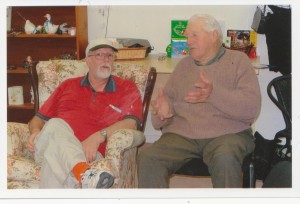 A good place to have a serious conversation. 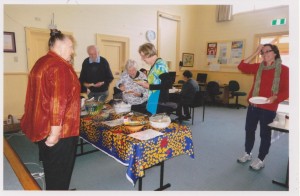 There is always a supply of good food. 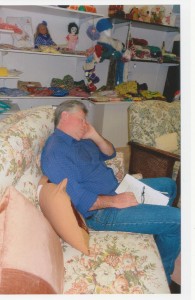 This is a good place to sleep. 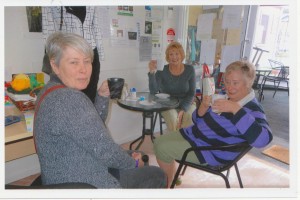 In the lounge café. 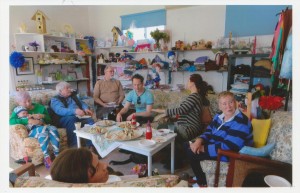 Gathering in the lounge.

I have never been a great fan of Jung and I recognise Freud’s errors, but this should not mean they got everything wrong.  Scholars today fail to appreciate that during Victorian times higher order beliefs were popular because aspects of those beliefs worked to ease serious mental, physical and philosophical problems; contemplation and meditation for example were of great benefit to hysterics. Today, meditation and mindfulness helps people with depression.

Many people still turn to religious beliefs because they ease the burden of life, but it is important to identify what it is about religion that makes it work; singing, music, prayer (meditation) communion, caring for others (positive thoughts), belief itself is an affirmation of life, there is nothing intrinsically wrong with a belief as long as its flexible and does not dominate one’s existence.  It is ideology that is dangerous and sceptics usually have their own ideological agendas as do many religious fundamentalists.

I think humans have a natural religiosity which causes them to seek an understanding of their world. To me this is part of growth, this is not to say all growth is healthy.

There is sufficient evidence to indicate that our Palaeolithic ancestors experienced a different level of conscious awareness to that we experience today, some have called it schizophrenia.   Many of the indicators (cave drawings) suggest that

(a) the view of the cosmos was different, planets were closer and likely appearing more threatening, cataclysmic events were common, animals were predatory and people lived with extraordinary, but justifiable fears.

(b)  Keep in mind we are all animals.  Our brains are built from those early beginnings, they were never newly designed only added to.

As an evolutionist I do not view synchronicity as something out of the cosmos.  Rather, I believe (as Jung and Freud did) that we carry the archaic influences in our instinctual behaviour, in the development of our language and in our mirror neurons and other parts of our brain that expand and contract consciousness.

It is true that our brains work on dualities and form confirmation bias, but this is not what I call synchronicity.  For me synchronicity happens when the brain has an internal map, (perhaps based on experience; perhaps archaic /intuitive) and we act in a manner where all the pathways of that map fall into place.  I also see this as part of the brain’s neuro-plasticity. It works better for some than for others, but it can be cultivated.

To bring the issue back to a more simplistic analogy I would say that synchronicity is all around us.  When it rains and the sun shines the flowers bloom, birds sing, animals tend to produce more life.  Nature is predisposed to these events.  We humans are also predisposed to the perpetration of certain events.   That is to say we are programmed to act in a certain way.

The inner voice we all experience is our brain sorting data; listen to it because science is now discovering that the adaptive unconscious (what Freud called the pre-conscious and the receptacle for retrievable memories) is more accurate that our conscious awareness.

Ironically, the most ancient of beliefs, Chuang-Tzu’s Taoism for example drawn from the shamanism of the 5th and 4th centuries BC, shows how non-action generates another kind of action much like the butterfly effect.  This is the ancient version of synchronicity and I think it was pretty close to what we experience today. Synchronicity teaches us when not to act; ie if we want peace we will not find it by creating another form of war. .

Because our brains work at such incredibly high speed we don’t realise there is a gap in the processing of information, I think this gap is where precognition comes from, as yet no proof; just my inclination. Loosely put, I think precognition is the difference between stored concepts and knowledge. Why do I think this?   Now we know the speed of light or electromagnetic activity is not constant and that light has a dual nature it is not difficult to imagine the validity of the holographic universe.   Similarly, a thought is not a single thought.  It is a matrix of electromagnetic processes, transmutation and reflexivity.  In this sense ‘thinking’, ‘seeing’ and ‘interpreting’ can present as quite ambiguous to the rational human mind, not so implausible to the smaller brained animal who depends on concepts and instincts.

Consider the enormity of light years in the universe and one needs to ponder the fact that if we can admire a twinkling star that has already died, what does this say about human reincarnation?  Is it possible that after death certain elements can still convey light messages?   I don’t know the answer to this, but what I do know is that the inception of language removed a certain ability for hominids to read the world they saw without language. Again we know this from drawings on cave walls which changed over  the development of Palaeolithic and Neolithic hominids.  As images became more like a language, the brains of hominids grew and many of the previous concepts died, or at least became inactive.  Knowledge and concepts of course plagued Plato and Aristotle and just about every philosopher since; but these dualities are purposeful, they are the building blocks of mental life.

What do I think about reincarnation?  I think the problem is this:  It is not about whether reincarnation is possible or not, it is about the errant way humans have made reincarnation into what they want it to be; an  ambrosia of continued existence/reality.  Things are never the way we want them to be, it they were life would be totally predictable and purposeless.

The holographic approach would suggest that the problem lies not in what something is, but that we actually think about it. Interesting times. 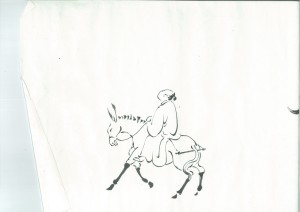 You cannot possibly lose spirituality.  The area of the brain that causes us to desire religion and spirituality unfortunately does not tell us what spirituality is.  Spirituality is a physical and mental desire for well being and equilibrium.  It is the phenomena that helps us to appreciate beauty and understand pain. It is the same area that gives us consciousness and makes us aware of being in the world.   I think that’s enough to make life a wonderful experience, we don’t need to dress it up. We grow out of our experiences and I am glad to hear you are doing well. 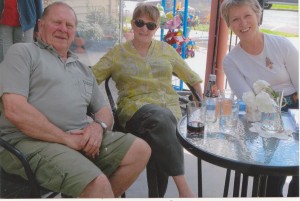 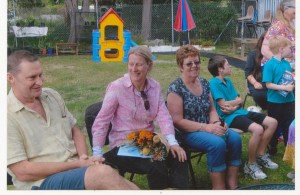