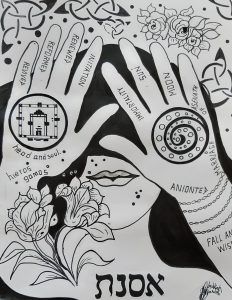 I was moved by a recent article by Henry A. Giroux in Truth-out. He writes passionately about the failing democracies, while at the same time injecting some hope for the perceived powerless global masses. He writes:

‘If democratic agents are in short supply, so is the formative culture that is necessary to create them – revealing a cultural apparatus that is more than an economic entity or industry. It is also a public pedagogy machine – an all-embracing totality of educational sites that produces particular narratives about the world, what it means to be a citizen and what role education will play in a powerful and unchecked military-industrial-security-surveillance state’.

Awareness of the military state is growing. However, along with the awareness there is anger and urgency and the risks associated with expressing discontent are also growing. Communications in protest need to be as discursive as those in capitalist consumption. There is much to be learned from past protests that can be applied to today’s technologies.

Giroux quotes Stanley Aronowitz saying he is right in arguing that:

‘[The] social character has become entwined with communications technology. … This intricate interlock between cultural institutions, political power and everyday life constitutes a new moment of history. It has become the primary machinery of domination. And a central aspect of domination is the abrogation of concept that we can know the totality, but are condemned to understand the division of the world as a series of specializations. Thus, the well-known fragmentation of social life is both a result of the re-arrangement of social space and the modes by which knowledge is produced, disseminated and ingested. The cultural apparatus is largely responsible for the intellectual darkness that has enveloped us’.

Outsider Art to my mind represents the counter revolution in the ‘re-arrangement of social space’.  A reclamation if you like!  There are still more freedoms in artistic expression than there are in the press or publishing.    As the institutions of learning become plagued with techno-military priorities and the concern for cash, Outsider Art becomes the new platform for social dissent.